It’s budget season and Mayor Bowser has been foreshadowing austerity politics despite the fact that she has packed her ReOpenDC Advisory Group with former recipients of huge corporate giveaways. Many of these advisors belong to the DC2021 group which is lobbying for $1B in tax cuts for DC’s wealthiest businesses and developers, indicating that DC officials are once again looking to balance the budget on the backs of working class residents like the Control Board did twenty years ago. In this moment of overlapping health and housing crises, we cannot afford to continue DC’s long standing policy of welfare for corporations and strict austerity for everyone else. Now is the time to do more, not less, for the people of DC.

The DC government has projected a $1.25B budgetary shortfall for FY2020 and FY2021. Others have proposed closing this gap by tapping into DC’s reserves, spending down our FY2019 budget surplus, and closing a corporate tax loophole for tech companies. While these are good and necessary steps, they do not go far enough. Surplus and reserve spending is not sustainable, and simply returning to breakeven will not fix the underlying problems that made DC’s Black and Brown residents disproportionately vulnerable to COVID-19 or pay for rent cancellation, provide housing to clear the shelters, or fund desperately needed capital infusions to small businesses.

We need a fundamentally different approach to spending if we are going to recover from this crisis, which is why my team and I are running on a Green New Deal for DC. We can generate renewable revenue on par with reserve & surplus spending through marginal tax increases on DC’s wealthiest residents and the elimination of developer giveaways. Wealthy residents have benefited more from tax breaks included in the Trump-GOP tax law of 2017 and the CARES Act than anyone else: we must ensure that money is used to provide relief for those who need it. We will use this revenue to fund a WPA-style jobs program building thousands of units of permanently affordable, regenerative Social Housing. This way, we will recover and be stronger than before.

Here’s how we’ll pay for it: 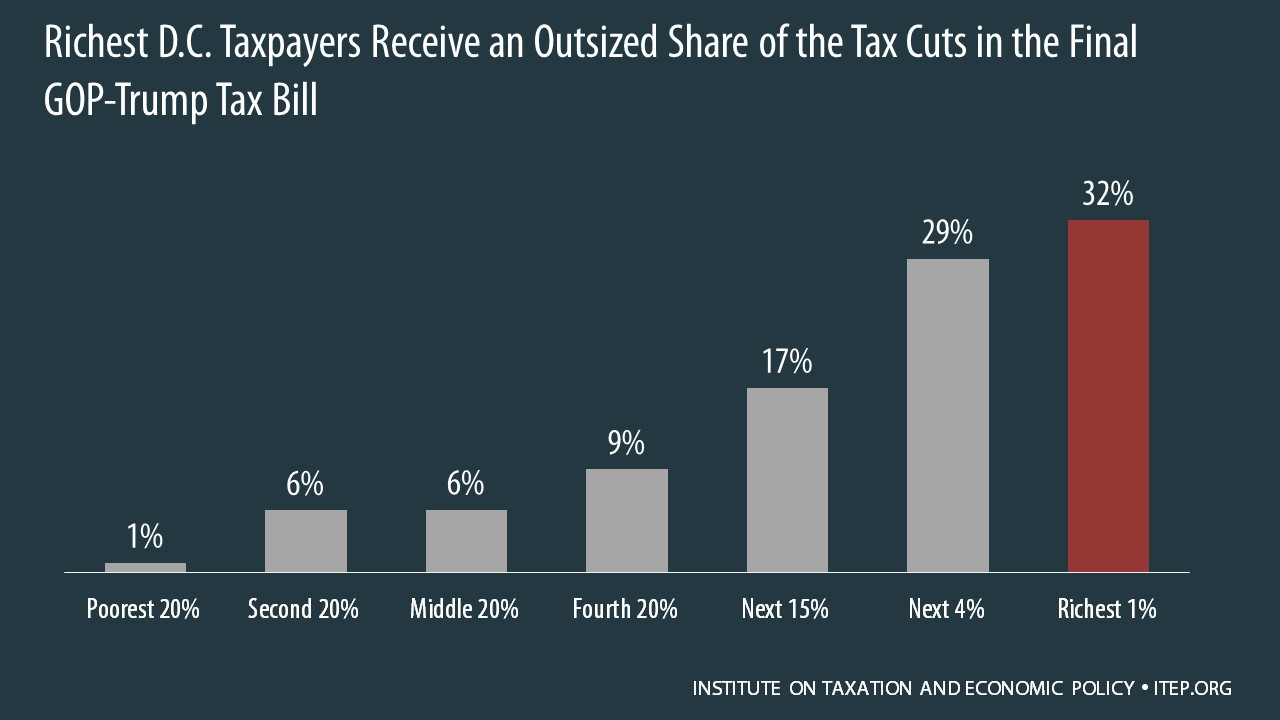 Source: ITEP. This graph show 2019 data. Percentages have not changed significantly in 2020. 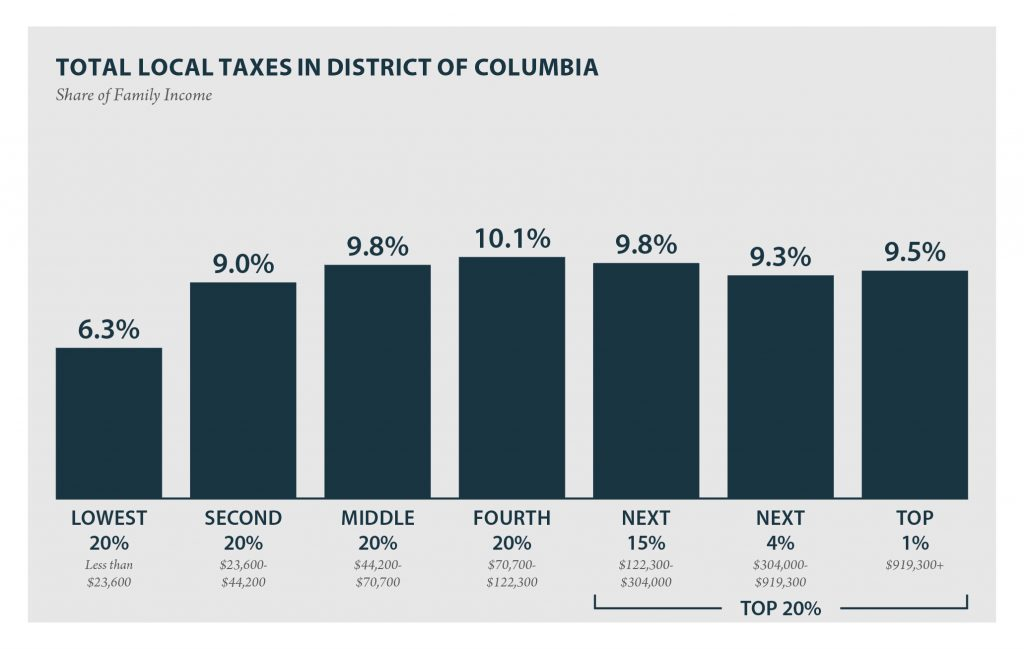 Source: ITEP. This graph shows the latest local tax data for the District, which is from 2018.

Taken together, these proposals constitute a seed investment in DC’s future, generating roughly a billion dollars annually. Social Housing and the jobs to build it are regenerative investments that will provide immediate relief and pay dividends down the road. Permanently affordable rent will put extra money in people’s pockets to spend in their communities, reinvigorating the local economy. Affordable first floor retail spaces will house small businesses, giving them a chance to recover and thrive. This is a real plan for a just recovery. This is the path forward.

COVID-19 & The Economy: Clawback Subsidies, Redirect Them To Small Businesses